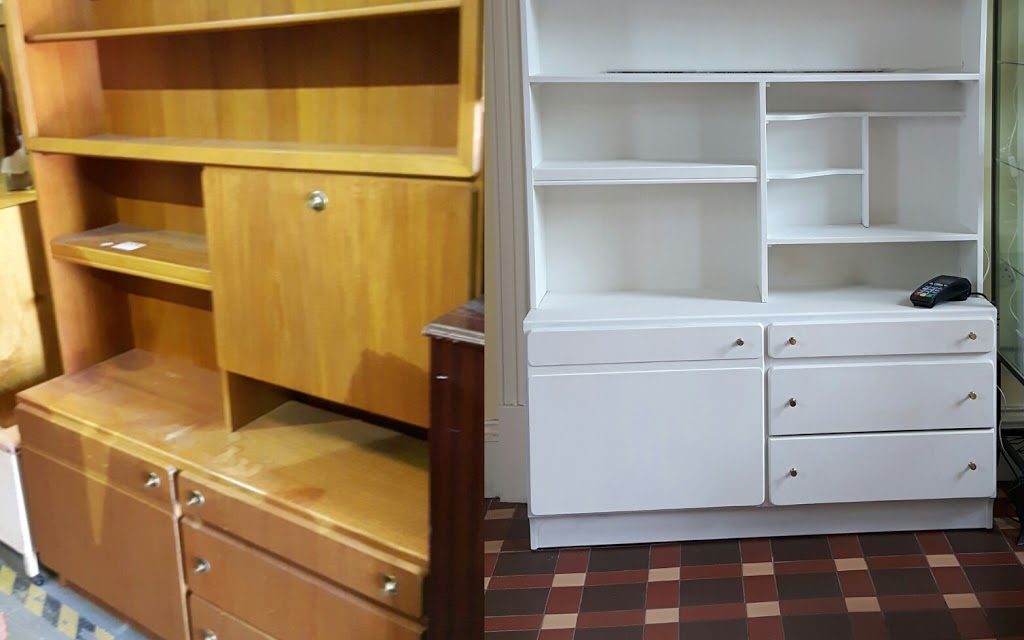 The first open day at the studio (which will eventually be mine) where I had a showcase of my own work.
It happened yesterday. I spent the week stressing myself out, coldworking the things I was able to coldwork and sanding/painting and “filler-ing” my upcycled display cabinet and obviously trying to make a shed load of glass to go in it.  I was getting up at 7 and working before going to work then going straight to the garage-studio in the evenings to coldwork. Many things did not get completed because I was too tired to concentrate properly and I don’t yet have the array of coldworking facilities which I need to finish everything to the standard I want. I have lots of “work in progress”
I was so fatigued by the start of the day that I barely remembered it and quite frankly was not a good conversationalist when there were many, many people all trying to talk to me at once. The people are lovely and for the most part encouraging.
I hope I didn’t just stare vacantly in their direction and nod and smile…
I just slept for 13 hours straight and am still tired. Apparently I did not handle this well.
A few things happened, some of which surprised me and some of which disheartened me. I feel egotistical saying this but I didn’t sell much of my work and I found this surprising. Maybe I shouldn’t have been surprised because Richard has announced that he will be retiring from glassmaking in the next couple of years so his collectors are obviously going to try to get what they can whilst he is still making. Not that this makes me feel any better when I look at my sales.
The upside is that I now have a permanent display at the Station and it is currently nicely stocked with things. Silver-lining, right?
The more disheartening thing happened when we were pricing some of my pieces in the morning. (Yes I know it was last minute but hey I am an artist so I am useless at linear thinking) There was a friend and collector staying with my boss and his wife who was helping out with the open day, I asked his opinion on pricing for some of my solid-sculpted pieces. I realise that solid-sculpting is not to everyone’s taste and is by no means a traditional method of making in the UK. It clearly was not to his taste because he suggested the price tag of £60 for something which had taken me almost three hours to make. He must have seen my face drop because he rapidly suggested I upped it to £75… I imagine my face probably frowned. I made him hold the piece and the realisation of just how heavy it was dawned on him, his estimate only just covered the cost of the glass and the gas used to heat it, not even covering the assistants wages. I think it then registered with him that he might have offended me just a little.
I had valued his opinion in the past because he is a longstanding glass collector who is meticulous in his arrangement and display of his collection. His house is like a museum. Full of traditionally made beautiful pieces of glass. I still value his opinion but will not be asking for it on any solid-sculpted pieces. The closest thing to solid-sculpting he has in his collection is a paperweight or two. He clearly places a higher value on the blown pieces which he obviously enjoys.
This was one step in a steep learning curve for me. Richards collectors love his work, my own style of work is very different and that showed in sales. I will not be changing my style of work (because if I just copy Richards style that defeats the object, doesn’t it?) but will be changing where I choose to market it.  I think my solid sculpted pieces probably belong in a gallery setting where the right audience will see them.
I was also told that one of my sculptures was “horrible”.  The reason being that it was a bunny body with a large skull for a face and big floppy ears. I enjoy mixing the cute with the macabre. Many people think I should stick to the cute. I like the macabre too much to stay away from it. I realise it’s an acquired taste but the market is out there. It probably doesn’t exist amongst most middle-aged glass collectors though. Several people have suggested Whitby as a good place to show my work.
I feel I need a trip to Whitby to meet some of “my people” and have a break for a while. 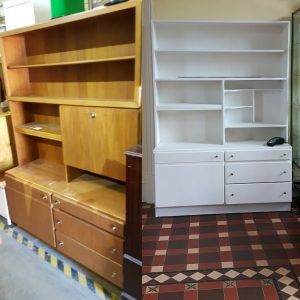 My display cabinet before and after 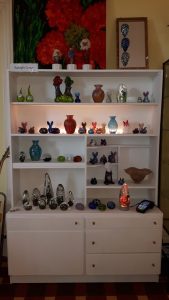 Fully stocked, bit dark as we hadn’t opened the blinds yet 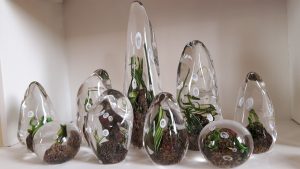 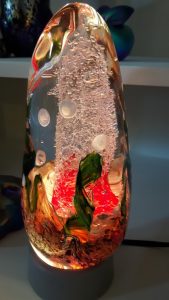 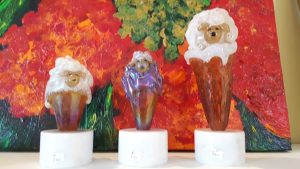 Everyone needs icecream cone sheep in their life right? 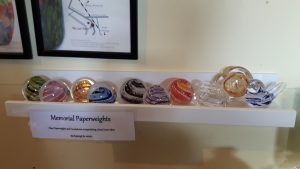 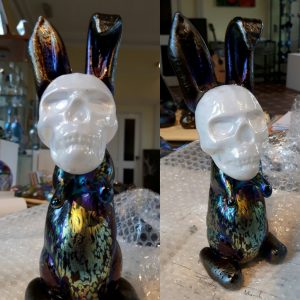 My horrible bunny skull sculpture. His name is Bernard. I love him. 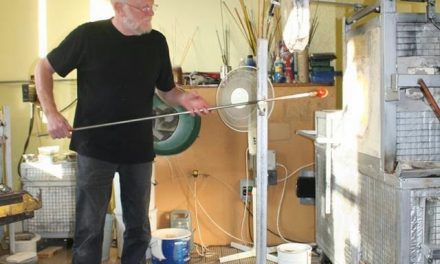 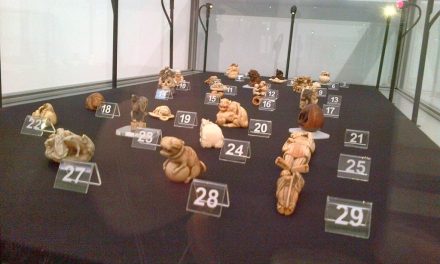 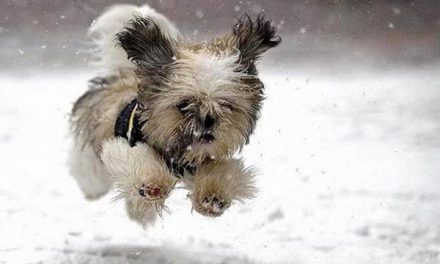 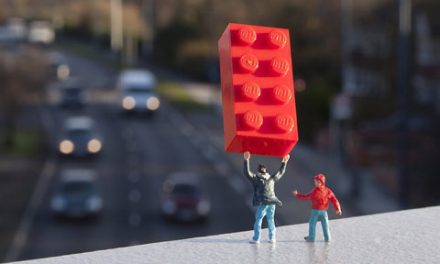